Do military guys move fast in relationships? Well, it can be answered as both yes and no.

While most military men rush into relationships and decide to have families, others prefer to wait until they build a strong relationship.

Contents show
1) Why Do Military Guys Move Fast In Relationships?
2) They Have Fast Paced Life
3) They Are Bored
4) Men Who Come From Small Towns
5) They Want To Spend Time Together
6) They Are Playing With You

Why Do Military Guys Move Fast In Relationships?

There can be many reasons for military guys to rush into a relationship. It could be due to their deployments being unpredictable, they are bored being single or they might even be trying to play with you.

If they are playing with you, just give them what they want and you might not see them again.

Let’s take a look at some of the reasons based on the experiences of military men and military girlfriends and find the answer to why military men tend to rush relationships?

They Have Fast Paced Life

Military men tend to live a fast-paced life. They eat fast, talk fast, walk fast, and do everything fast. They are taught to be that way.

Even their schedules are unpredictable and they keep moving from one place to another. A soldier goes starts his fast-paced life as soon as he enters the camp. He never knows when he has a job and has to leave for a mission.

He can’t help it as it is a part of his world. And when he gets into a relationship, he won’t get to enjoy the perks of being in a relationship that normal couples have. 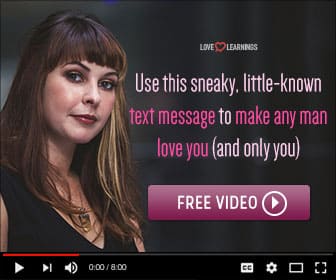 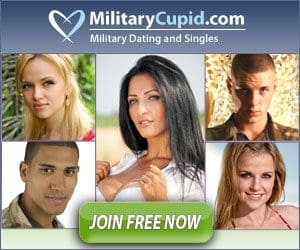 Most men who join the military are just teenager and they have a similar mindset. They live in the barracks together and have limited time to do anything else.

Also Read:  Should You Text Your Boyfriend Everyday? Here's What Experts Say

Also, most of the men have stayed away from their families for as long as they know. To escape from the loneliness, boredom, and the hassle of living in the barracks, they catch the first girl they can find.

It is also the deployment and war that will make them rush into a relationship since they think they are going to die without experiencing love.

Men Who Come From Small Towns

There are a majority of men joining the military who come from small towns. Such men have very less social interaction and most of them never had a girl even say hello to them before.

The moment they see a girl who lets them have some action, they fall for her. There are also many girls who look out for such easy prey so that they can take advantage of military benefits like medical care, tuition assistance, military freebies, etc.

Such girls make them fall in love and marry quickly. These are the reasons there is a high number of military divorce rates that many people won’t be aware of.

They Want To Spend Time Together

Military spouses are only allowed to stay together if they are married. This is also one of the main reasons that many military men rush their relationship and decide to get married soon.

Since military men often get deployed, they get very less spend time spend with their loved ones. Sometimes it sucks to be in a long-distance relationship and most couples decide to get married before they get deployed.

Also Read:  How To Turn A Guy On Over Text Without Being Obvious

They Are Playing With You

While there are many military men who are looking for women to have a real relationship, there are also men who just want girls to enjoy when they are back home.

Such men don’t care whether they have a true and meaningful relationship or not. They will only call you or text you when they need some action. They will not even take you out. And since they are always on deployments most women can’t figure out if a man is playing with them or not.

While I cannot generalize every man in the military, these are some of the reasons they tend to move fast in a relationship. You never know when someone is playing with you or committed to you.

The topic of marriage and children is a serious one. My advice would be to wait for a few years so that you can get to know each other. But sometimes it also depends on the situation since they will be entitled to more salary for spouses and children.

They also move fast in a relationship because they realize the dangers of serving in the military. They never know when they have to face a bullet and want to make sure that their legacy continues through their children.