It can be a challenging task to figure out what to text your ex girlfriend after your no contact period. You might feel like sending a casual message to her but since you have ignored her for so long you really don’t know how well it will go.

So, what are you going to text your ex? Let’s find that out in this post.

A no contact period is where you stop all forms of communication with your ex like text, call or message after your break up. This can also include not talking to their friends and family or even about the breakup itself.

Sending the first text after no contact can be overwhelming. You might feel nervous or even fear but don’t let that make you do something that your ex girlfriend is not prepared to see.

Take control of your emotions or your ex can see through them clearly. Do your best not to show that you are desperate and needy.

If you can show that you are not insecure, then your ex girlfriend will not be threatened of the breakup mistakes and will treat you on equal terms.

Things To Remember Before Texting Your Ex Girlfriend

1. Don’t panic or be scared when text your ex. Even your ex is most likely isn’t stressed or scared so there is no point in you being in stress either.

2. Don’t rush and send something to your ex that you might regret later. Take your time to contact her. 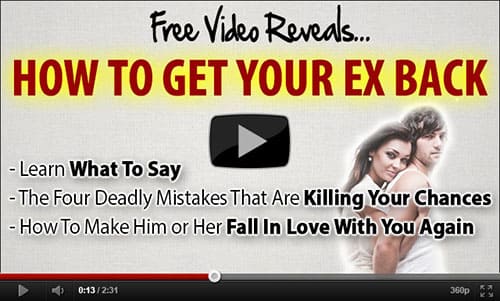 3. Always think before sending any text to your ex. Even if it’s a text that you got from your ex girlfriend first.

4. Look for signs and check if your ex girlfriend was dating someone else and not dating anyone not. If the signs point towards regret then getting her back can be faster if you know how to proceed next.

5. Always be calm whenever you get a response from your ex and reply her back in a non threatening way.

Also Read:  What To Text Your Ex Boyfriend To Get Him Back?

6. Don’t be desperate, needy, beg, plead, cry, get angry, lie or anything else that can make you lose your respect.

What To Text Your Ex Girlfriend After No Contact

Let’s break the process into easy to follow steps so that you can understand better. These tips will help you how you can text ex girlfriend after no contact.

Before I start talking about the tips, I would like to let you know that the point of these tips is not just to get in touch with your ex girlfriend but also to make her respond to your text. After all, it is a complete waste if she doesn’t respond at all.

The point here is to warm up the person you are ignoring and catch their attention by making them want to hear from you.

And you can achieve this by doing something outrageous and grabbing her attention. For example, let’s say that you are going on a road trip or vacation in a city where your ex lives (in case of a long distance relationship). Now if both of you are still friends in Facebook, chances are that your ex is still snooping around your profile.

What you can do next is post an attention grabbing update in your Facebook profile about your plans of going on a vacation. This will make your ex wonder why you didn’t tell her and make her want to hear more from you.

If you are lucky she might even text you before you do.

The next step is to actually initiate a contact with your ex girlfriend after your no contact period. And you can do this by sending a simple text message.

One of the easiest ways to generate curiosity is by using the confession text. But be aware that this can be risky.

What you are going to do is send a text to her saying that you have a confession to make. Generally such text messages can generate negative thoughts so the challenge here is to make sure that you ex girlfriend don’t feel that you cheated on her during your relationship.

You need to find a way to make her feel relieved that you didn’t cheat on her while at the same time engage in a conversation with her.

Using the same scenario above, here is an example of how you can text her.

You: I need to make a confession…

You: I was in your city for a vacation.

This way you have combined both catching her attention and the confession text very well to engage in a conversation with her.

Make Use Of A Good Memory

Even though you had several bad moments during your break up you will surely have many good memories too. Use those memories to your advantage when having a conversation with her.

Also Read:  How To Get Your Ex Girlfriend To Meet Up With You?

Just think of a memory that was nice and funny that even your ex would remember. Make sure not to use any memory that is romantic so as to avoid any confusion. Just a memory that can make smile will work great.

This can help in softening up the relationship and help in taking the conversation further.

You: Do you remember the time when your mom asked for sugar and we gave her salt instead.

Her: Lol, that was so funny. I miss those days.

You: How about we give it another shot? Wanna be friends?

If you have spent a lot of time on the no contact period, you will most probably have no idea where she is at emotionally after the break up. She might be either totally cool or still angry. In such cases, it is better to check her temperature before proceeding any further.

Going blind in such situations can be risky, but there is no other way of knowing her feelings. Just send a light text and if you get a harsh response don’t take it personally.

If you are determined to get her back in your life, then keep checking on her once in a while so that it will allow her to warm up before you can be friends with her again.

Let Her Know You Think About Her

Have you ever wondered during your no contact period if your ex girlfriend still thinks about you? You may not want to get back together with her but you also don’t want her to forget you altogether.

This text works well in such situations. It’s just a warm text to let her know that even though both of you have moved on in your lives you still think about her.

But just like making use of a good memory you need to make sure that you keep the message friendly and not romantic so that your ex doesn’t misunderstand your intentions.

You: Hey I just finished watching the final season of Game of Thrones and it made me think of you. Hope you are doing good.

If you are a person who always browse though memes, funny pics, etc and think that they are hilarious, you can send such messages to your ex girlfriend if you are trying to be friends again.

Also Read:  How To Get Back With Ex - Step By Step Guide To Make Your Ex Want You Back

Sending a message that is funny has higher chances of making your ex consider your offer of friendship. It can also act a reminder that both of you had fun times together.

If you are direct person who don’t like to play around, then that’s OK too. Just don’t be weird and keep your text light and friendly.

If you feel like there are still some hard feeling hanging around, don’t make any big deal about it and apologize to her. In other words, take it easy.

Putting yourself out there can sometimes feel scary, but remember that you will be rewarded for this.

Hook With A Small Conversation And Get Going

One of the biggest mistake that men do when texting their ex girlfriend after no contact period is that they get in too fast and too soon.

I can understand that you have ignored someone you know for a long time and you want them back so quickly as possible. But going too fast is one of the biggest reasons most people fail.

You need to be disciplined here if you want to succeed. Look from the perspective of your ex girlfriend also. She hasn’t heard from you for a long time and probably will feel weird if you start talking to her like old times again.

What you have to do here is to play smart by engaging her in a small conversation and make her wanting for more. Set up your conversation in such a way that you can talk to her again in future.

Make Your Ex Wanting For More

The secret to making your ex girlfriend wanting for more is to find a high point in your conversation and ending it there.

As I said earlier, the goal of texting her is not just to reach out to her, but to build future conversation with her.

What you are going to do is engage in an interesting conversation with her. During most conversation you will reach a point where the conversation loses its steam and you will have nothing else to go on.

You need to find a high point in this conversation during its most interesting stage where you can end it abruptly. This way you can keep your ex wanting for more and will be more than interested in talking to you again in future.

Are you thinking about how to text your ex girlfriend after no contact? let me know in the comments below what you are intending to do.